On April 28, 2020 the Alexander Cougars named Mrs. Jaime Monroe as their next head coach for the fast pitch softball team. This appointment was made after long-time head coach, Zack Graham, announced his departure to begin his next chapter at Oconee County. Coach Graham shared many praises of Coach Monroe. When asked, he stated, “Jaime is the most hard working, loyal coach that I have ever had the pleasure to work with. She embraces many roles and is always willing to step up and do whatever it takes to get the job done. She represents high school athletics as well as anyone I know. She is ready to become the next leader of the Alexander program, which I am very proud! The bond that we have created through this great game is unparalleled. She was with me every step of the way the past 9 years. I’m very proud to call her my friend. I hope and wish nothing but the best for her and her family as they take on this new journey. Alexander softball is in great hands!” The Cougar family is excited about Coach Monroe continuing the expectation of excellence for the young ladies in the program.

Coach Monroe is no stranger to Alexander. In addition to serving as the assistant head coach for the last nine years, she has her own history as a Cougar. Coach Monroe graduated with the class of 2004 from Alexander and is a member of their inaugural fastpitch softball team. Rumor has it that she made the starting lineup for the BASEBALL team! (Fact checks now CONFIRM this legend). Jaime was the first softball player in the program to sign a Division-1 scholarship and played for four years at UNC-Charlotte and won the Atlantic 10 championship during her matriculation.

In her time as an assistant at Alexander, Coach Monroe has helped the team celebrate a rich history of strong performances. Some of these accolades include over 200 wins, a 3rd place finish at state in 2016, and a playoff berth in 10 of her 11 years with the program. When asked about being the right choice for the program, Athletic Director, John Chandler, responded with, “Coach Monroe’s combination of training, experience, connection to Alexander, and loyalty to the program make her the perfect candidate. Not only will that team run through a wall for her, but they know that she will lead them to victory once on the other side of the wall.”

Coach Monroe is equally excited about taking the reins. She is a devoted wife to Matthew and mother to Kayde (7), Easton (5), Grayson (15 months), and Brooks (5 months). With her family supporting her, the cougars are poised to reach many new goals. When asked about her inspirations, Coach Monroe had this to say, “My family is the light of my life. Having their support keeps me going in pursuit of my dreams.” She went on to add, “My Head Coach, Aimee Devos, during my time at UNC-Charlotte, is a huge example of the coach I would like to be. She has always been a role model to me and was one of the main reasons I made it through college. She played a major part in where I am today.” Needless to say, we are proud to have Jaime Monroe accept the mantle of leadership for the softball team. 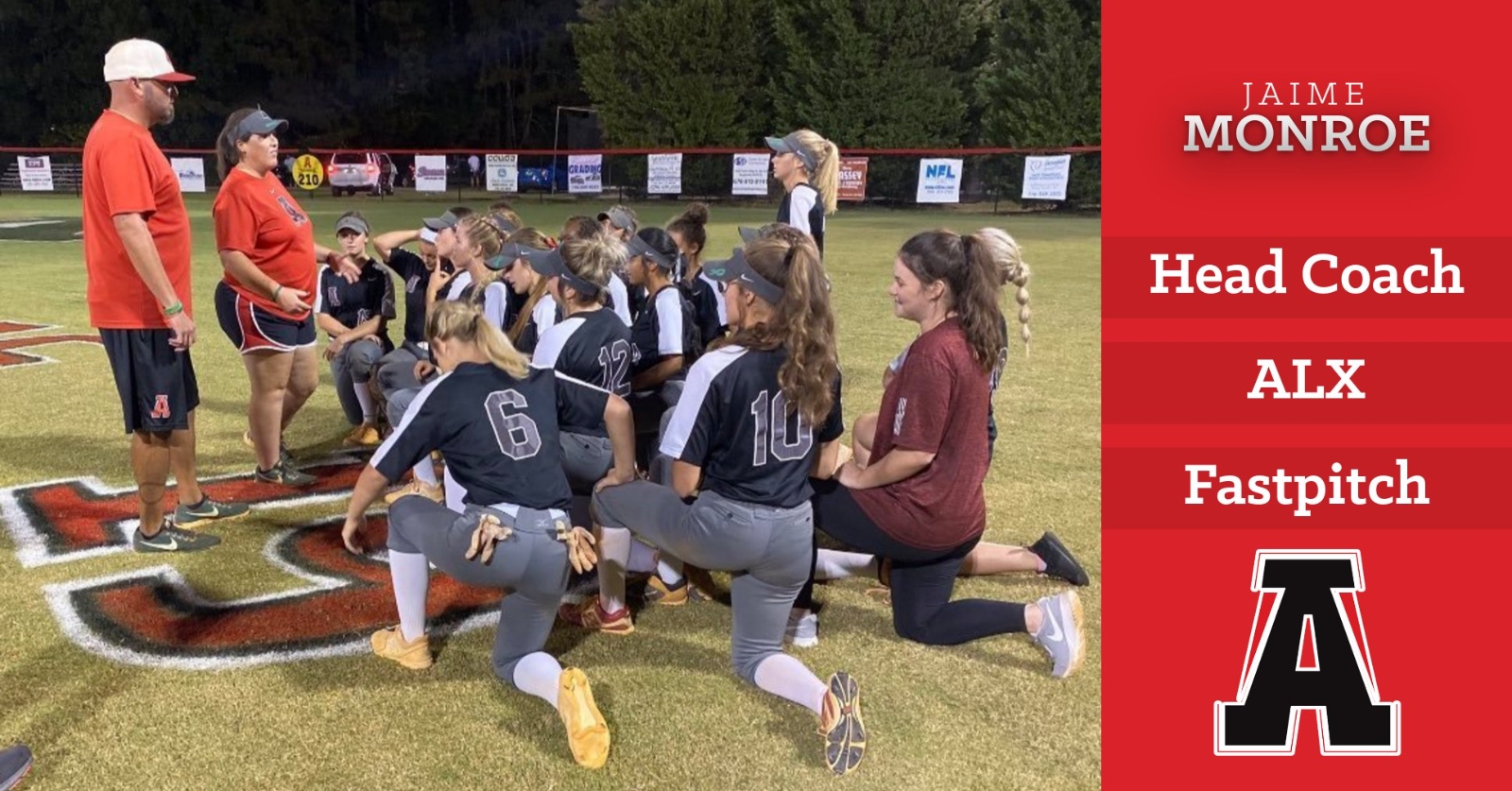 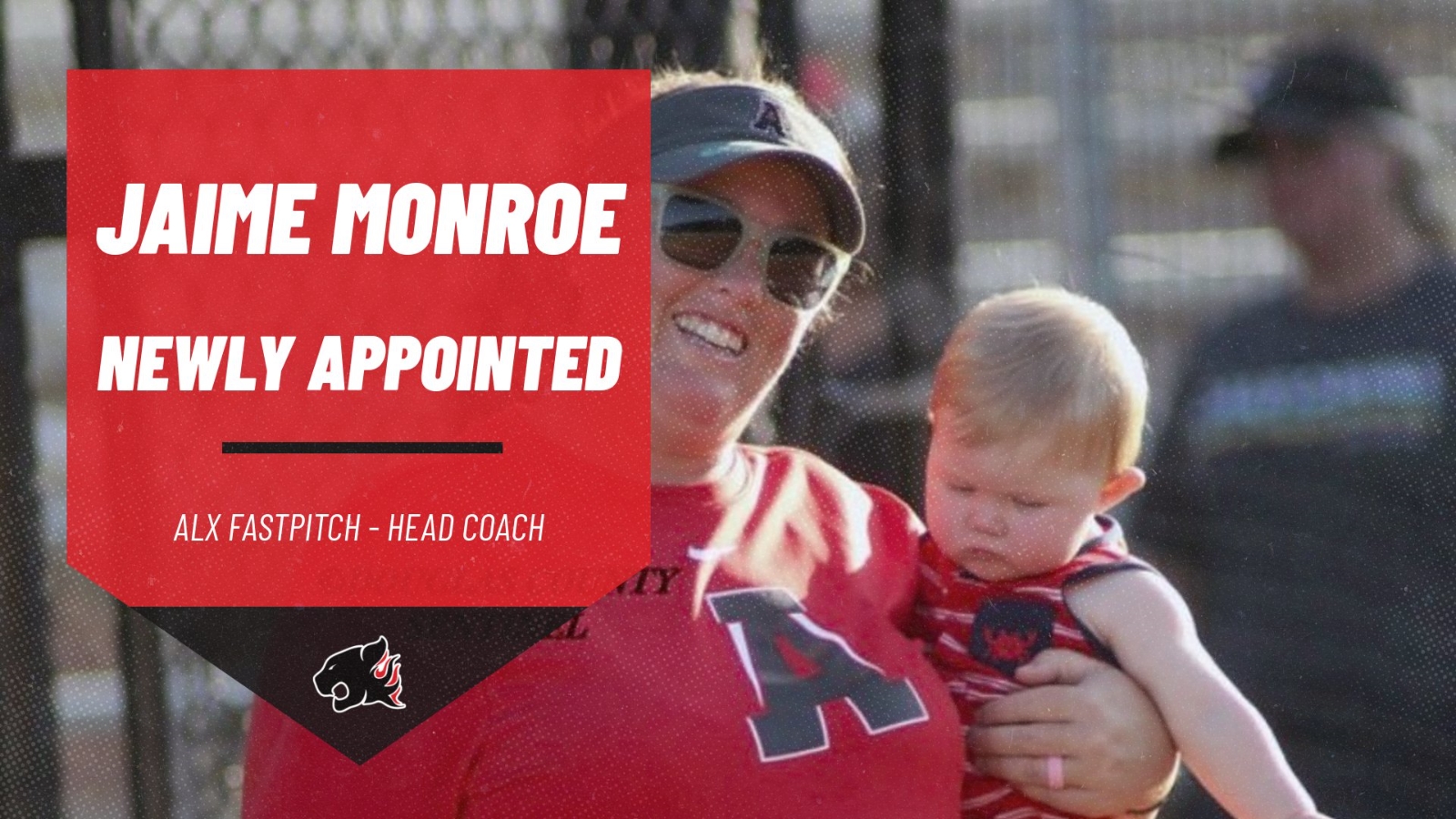 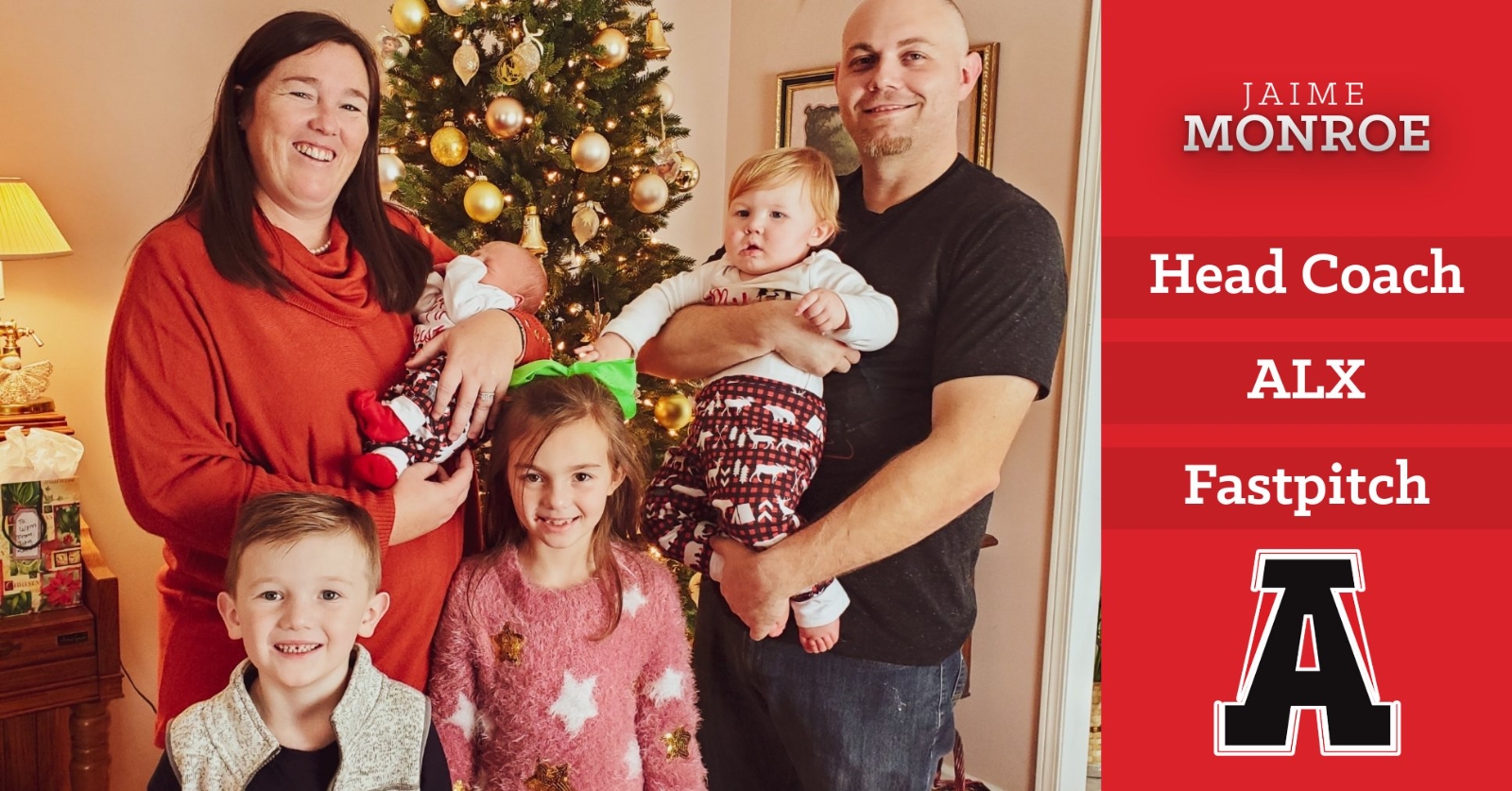